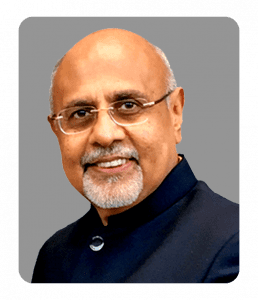 An eminent Advocate and International Tax Expert, Mukesh Patel enjoys 45 years experience as a Veteran in the legal profession, during which he has also been passionately committed to the causes of Teaching Law and promoting Tax Payer Education, both through the Print and Electronic Media.

A prolific writer and speaker, his tally of over 4,500 Weekly Columns in English and Gujarati, close to 50 editions of his Book Titles and more than 500 TV Shows on Tax and Investment Planning, with leading Print & Electronic Media have come to be acknowledged as a unique and unprecedented record.

He has actively pursued analysis of Union Budgets since 1977 and his studied and thought-provoking annual presentations on the same are eagerly awaited. Having extensively travelled around the Globe to over 90 countries, he has closely studied several major tax systems.

He was appointed by the Government of India to serve as a Member on the Justice Easwar Committee for Simplification of the Income-tax Act, Rules and Procedures and as an Expert on the Six Member Task Force entrusted with the key assignment of drafting a New Income-Tax Law. He is a Director on the Board of a number of reputed Public Companies.

As a Dynamic President of a number of institutions of eminence, among others, Mukesh has groomed and nurtured the Ahmedabad Management Association, Gujarat Chamber of Commerce & Industry, All Gujarat Federation of Tax Consultants, Indian Red Cross Society and Indo-Japan Friendship Association.

Mukesh Patel enjoys the honour of having been conferred with several International Awards and Recognitions. Noteworthy among them are the highest Decoration from the Emperor of Japan – ‘Order of the Rising Sun,’ in recognition of his 5 decades of contributions for furthering Indo-Japanese Relations and the ‘Friend of NRIs Award’ from the International Forum of NRIs in appreciation of his championing several causes for the Non-Resident Indian Community.

An Eloquent Speaker, Mukesh has also been awarded the coveted ‘Hall of Fame Acclaim of the World Academy of Speakers.’ Founder of ‘Inspirations Unlimited,’ his Motivational Books, Photo Quotes and Talks on several inspirational themes have come to be widely acclaimed. 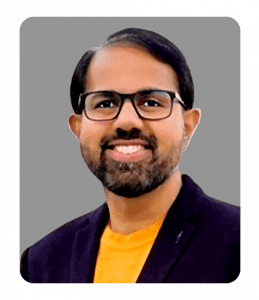 A third-generation taxman in his family, Jigar Mukesh Patel graduated his LL.M. with Honours in International Taxation from the prestigious New York University (NYU) School of Law. He acquired valuable experience working as an International Tax Attorney with the leading firm PricewaterhouseCoopers (PWC) at New York.

He has co-authored popular English & Gujarati book titles on Tax Planning with his father Mukesh Patel. He has also penned an informative and educative NRI Guide Book on Tax & Investment Planning for Non-Resident Indians.

Jigar has been a Visiting Professor at several leading Law Institutions in Gujarat. He has addressed several public forums, both in India & abroad and also participated in TV debates & discussions. His biography, highlighting his academic and professional laurels came to be featured in the publication, ‘Rising Sun – the Young Achievers of Gujarat.